A lot of trans people worry about whether or not they should tell people that they are trans. They may also debate about “when” is the right time to share the information with people. There is no right or wrong answer to this question, so each individual must decide for themselves. However, there are a few things that you might want to consider before making your choices.

The basics of gender dysphoria

Gender Dysphoria is a condition where people feel as though their true gender does not match with the gender that they were assigned at birth. Gender is usually assigned based on biological sex; however biological sex and gender do not always match.

Coming Out When Transitioning

If you choose to transition to a different gender than the one which you were assigned at birth, you may find that you need to let people know about your transition. Unless you intend to make a new life in a different location, you may find that you need to discuss your transition with some of the people that you know or with your employer. For example, you may need to discuss your gender with the HR team at your work. Transitioning can be very difficult if you cannot be open about your true gender. It may be easier to transition if people are aware of your circumstances and what being transgender/having gender dysphoria might means. It should be easier for you to live as your true gender if other people around you do not misgender you. You can help them by explaining which pronouns they should use for you and explaining your new name (if you intend to change your name).

Some people find it too difficult to transition whilst maintaining their present life. This may be because they do not think that their friends or family would support their choice to transition. These people need to think carefully about whether they would be happier to maintain contact with their existing network, or whether they would prefer to start a new life elsewhere. Starting a new life elsewhere can give you an opportunity to move to a new place and begin presenting yourself as your true gender straight away. 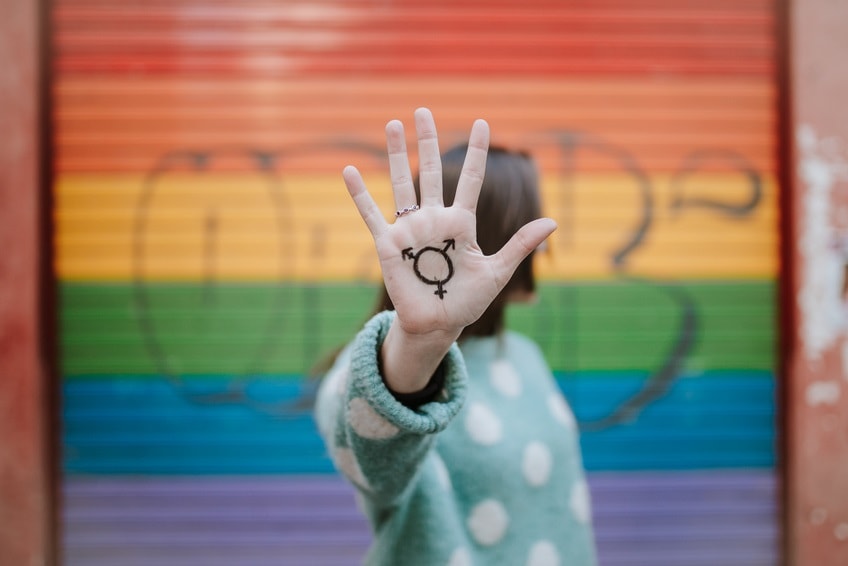 If you want to take your transition further, using intense hormones or even progressing to surgical options, your doctor may want you to show them that you have been living as your true gender identity. People who have not come out often find this much harder to do, because they cannot show proof that they have altered their name or title. For many trans individuals, this criteria helps to provide them with an important onus to “come out”.

Being stealth is a term which some transgender individuals use to describe a person who is “passing” as their true gender without publically coming out. For example, a trans woman who passes as her assumed gender at all times and cannot be discerned from other members of the public may be considered to be stealthing, if the people around her do not know that she is trans. These people may feel more comfortable if they choose not to come out to others that they are trans. They may believe that there is no real reason for most other people to know that their physical sex does not match their true gender identity. They might even argue that if anyone else talked about their genitalia in public, there would be trouble; so why should people need to know about what is under their clothes? Some people choose to come out as trans to some close friends and family, whilst remaining stealth in other areas of their lives.

At present, sexual consent laws in the UK suggest that trans individuals should talk to a prospective partner about their trans status before they engage in any sexual activities. Common law precedent has shown that failing to mention your status may remove the partner’s ability to give informed consent. This means that you should come out to a person before you have sex with them. However, LGBT activists are currently calling for further clarification on sexual consent when a trans person is involved. They believe that the current rules demonise trans people and may be a human rights concern.

A lot of trans people worry about whether or not they should tell people that they are trans. They may also debate about “when” is the right time to share... END_OF_DOCUMENT_TOKEN_TO_BE_REPLACED

LGBT people are in the minority, so some people worry about being able to meet other people. Being a part of the LGBT community can really help individuals to deal... END_OF_DOCUMENT_TOKEN_TO_BE_REPLACED

“Coming out” as gay is a personal choice and an important experience for most gay people in the United Kingdom. Almost all “out” members of the LGBT community in the... END_OF_DOCUMENT_TOKEN_TO_BE_REPLACED

Most LGBTQI people in the United Kingdom will experience some sort of negativity about their sexuality or gender identity at some point during their life. Even if they do not... END_OF_DOCUMENT_TOKEN_TO_BE_REPLACED

“Trans” is an umbrella term which is used in the United Kingdom to refer to an array of different people, including; transgender, transsexual and cross-dressers. The term “transgender” is used... END_OF_DOCUMENT_TOKEN_TO_BE_REPLACED