LGBT people are in the minority, so some people worry about being able to meet other people. Being a part of the LGBT community can really help individuals to deal with the challenges that they might face as part of their lives. Thankfully there are plenty of ways to meet other LGBT people. This article contains a few suggestions about how to meet new people.

There are certain areas of the UK which are well known for their large LGBT populations. For example, Brighton is known as the “gay capital of the UK”, whereas small towns like Hebden Bridge claim to have the highest concentration of LGBT people in the country. There are other cities which have thriving LGBT areas, such as Soho in London or Canal Street in Manchester. Visiting an area which has a high concentration of LGBT people will help you to meet loads of new friends.

There are lots of bars and clubs in the UK which are specifically targeted at LGBT individuals. There are many gay-friendly places where visitors can feel confident about being out and proud. Some gay bars and clubs were set up to target LGBT customers, whereas other bars and clubs slowly become gay bars through their reputation and demographic. Although heterosexual and cisgendered people can visit gay bars, they will usually be in the minority rather than the majority.

People who are looking for (any type of) a relationship may find it easier to start up a conversation with a potential partner in a gay bar or club, because you should feel more confident about that person’s sexual orientation. Although you can start up a conversation with a prospective partner anywhere, not knowing whether they are gay or straight can add a new layer of stress.

Many dating websites and Apps allow users to search based on their sexual orientation. These filter tools provide a quick and easy way to find people whose sexual orientation matches your own. In order to facilitate friendships, some websites and apps even have a filter that allows people to seek friendship without a sexual element. Alternatively, there are dating websites and apps which are specifically designed for the LGBT community or subsections of the LGBT community. Some of these apps allow you to quickly find any other users in your area, so that you can meet up as soon as you feel comfortable.

If you do decide to use dating websites or apps, you should follow safety advice and exercise caution. It is worth noting that some people who use these sites may not be what they seem and the information that they put on their profiles may not be 100% accurate. Anyone (LGBT or non-LGBT) who arranges to meet a new date should do so in a public place and should not do anything to put their own safety at risk.

In larger cities or at universities, it is often possible to find interest groups which are run by LBGT people for LGBT people. These hobby groups could be about almost any pastime, so try to choose one which appeals to your interests. Although most of these pastimes can be done by absolutely anyone, joining a special LGBT group will help to ensure that you are in a safe environment where your sexual orientation or gender identity is not an issue. Most groups are happy to allow allies to join. 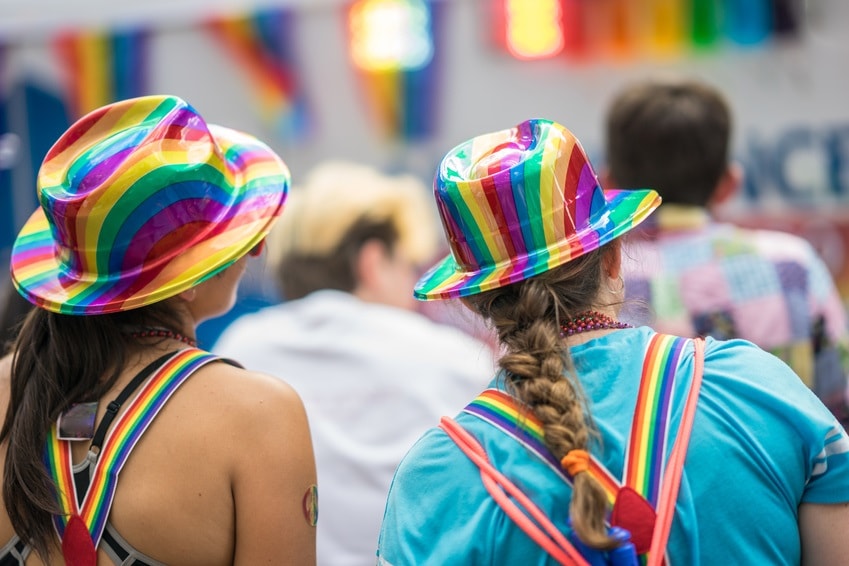 LGBT rights in the UK still aren’t perfect and there are plenty of groups in the UK that lobby for improvement. Joining one of these groups can be a good way to enact change whilst also getting the opportunity to meet new people. This is a great option for people who are keen to promote social justice. Some groups are intersectional and seek to promote rights of people who are part of multiple minority groups. Annual Pride marches and events will also allow you to meet new people. These events celebrate the past, present and future of the LGBT community. There are large events in Manchester, London and Brighton, and some smaller events in different parts of the country. Lots of universities run their own pride events.

“Coming out” as gay is a personal choice and an important experience for most gay people in the United Kingdom. Almost all “out” members of the LGBT community in the... END_OF_DOCUMENT_TOKEN_TO_BE_REPLACED

LGBT people are in the minority, so some people worry about being able to meet other people. Being a part of the LGBT community can really help individuals to deal... END_OF_DOCUMENT_TOKEN_TO_BE_REPLACED

A lot of trans people worry about whether or not they should tell people that they are trans. They may also debate about “when” is the right time to share... END_OF_DOCUMENT_TOKEN_TO_BE_REPLACED

Most LGBTQI people in the United Kingdom will experience some sort of negativity about their sexuality or gender identity at some point during their life. Even if they do not... END_OF_DOCUMENT_TOKEN_TO_BE_REPLACED

“Trans” is an umbrella term which is used in the United Kingdom to refer to an array of different people, including; transgender, transsexual and cross-dressers. The term “transgender” is used... END_OF_DOCUMENT_TOKEN_TO_BE_REPLACED